So for my next cosplay adventure I made a Master Splinter costume, the lovely Senpai from Teenage Mutant Ninja Turtles. Although I could have gone with a face mask similar to the Rocket Raccoon one, I wanted to make the recent comic version of the character and so went about making a full fur suit head. 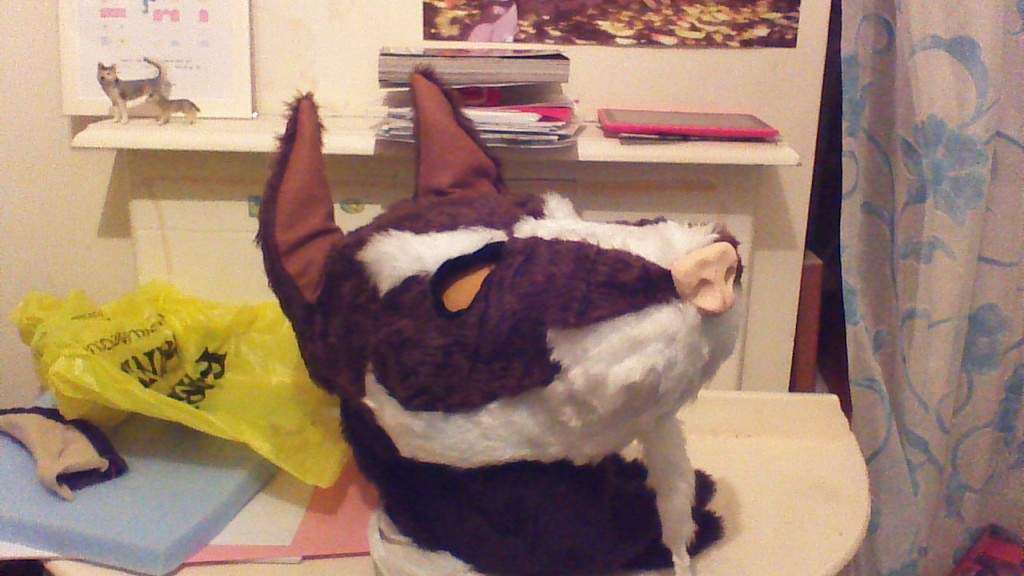 There are many internet tutorials on how to make these. Many involve a wire head cage with foam fitted on around it so as to form the head you want. The foam is sculpted into shape. I tried this but felt quite feeble in my attempts. I eventually found a good head mask pattern from Wintercroft on Etsy, which was fitted together much like a paper model. It actually was a wolf mask but it was the perfect shape that I was after. This I then covered with craft foam for stability and finally fur in the colours required for my character. A bit fiddling to make as I stuck the fur down with hot glue rather than sew it together which may have given it a better finish but would have been very awkward to fit over the card and foam base.

Something to note about my fur head is that I neglected to put space for ventilation. I thus was unable to wear my mask for more than a few minutes at a time. I now see why fur suit makers put fans and the like in their creations. I’m sure I would have passed out on the masquerade stage if I had taken any longer with my routine. 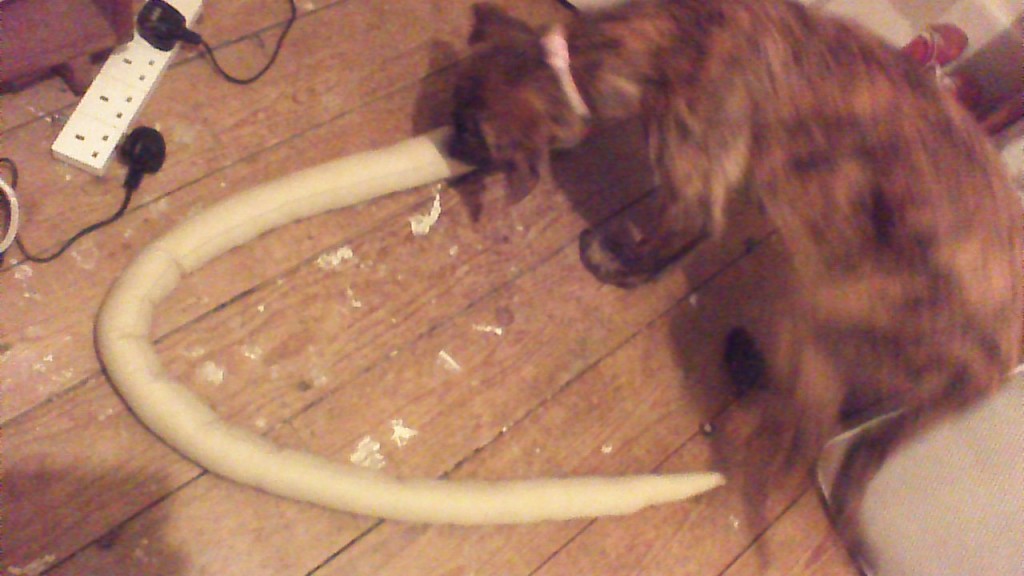 The outfit my version of Splinter is very Japanese in style and so I made a yukata robe (lined with an old sheet as the top fabric was very itchy) with the rats tail attached. My tail was quite popular with my puppy who I had to stop from eating it various times. The robe was fairly easy to make and there are various patterns to choose from. I’m going to keep the pattern as it will be very useful for other cosplays I am thinking of in the future such as a human version of Okami. 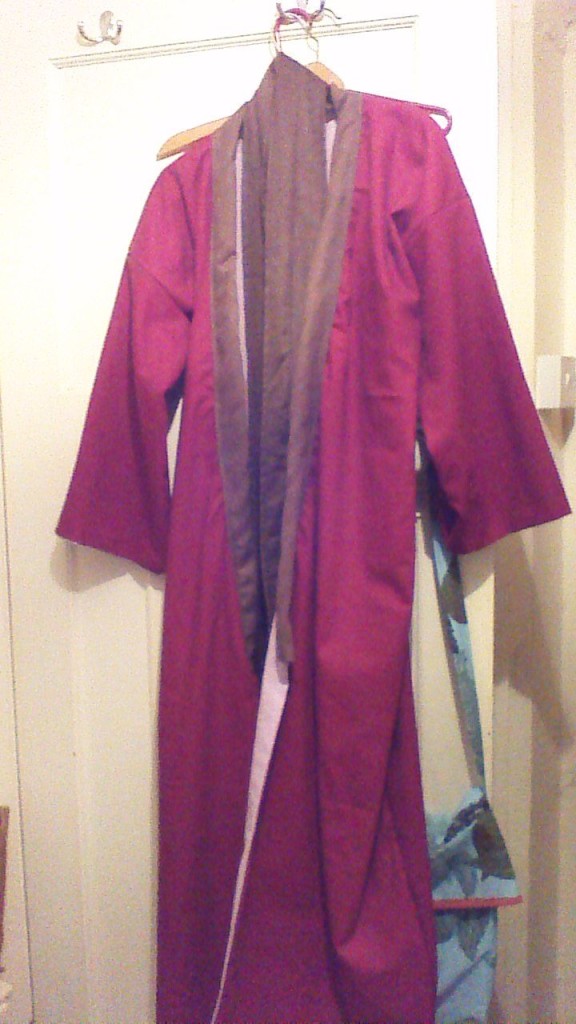 To finish off I bandaged my arms and painted my nails to look like claws. I did cover some old shoes with fur and added claws there too but these did not turn out so well. I thought my yukata would cover the backs and so did not fur those parts of the shoes. I was wrong and unless I stayed still the whole time it was quite obvious I was wearing khaki Converse. Oh well another thing to note when I make outfits again. 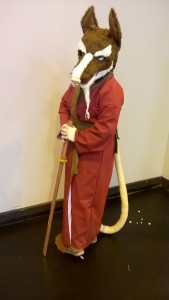 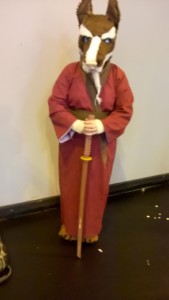